Honda Shine 125 BS6 Price Hiked without Any Changes in Bike

Honda launched the Shine 125 BS6 in 2006, and it is one of the most popular bikes in the Indian market. Last year, the manufacturer reported that the bike had sold 90 lakh units. Notably, nearly 10 lakh buyers purchased the bike within 54 weeks of its release. 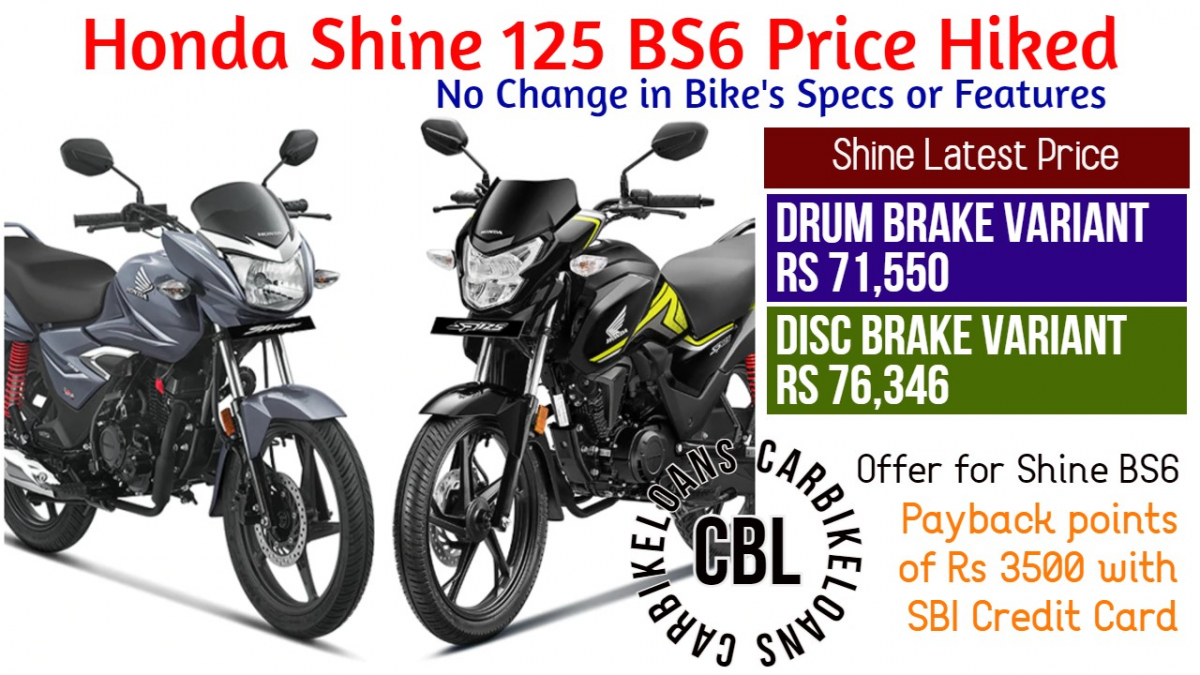 Several two-wheelers have suffered price increases due to growing input prices and bad market circumstances as the second wave of the Covid-19 outbreak continues. Only Yamaha Motor India stunned us last week by lowering the pricing of the FZ 25 and FZS 25 by about Rs 20,000. However, that was a one-time occurrence. The Honda Shine is now carrying on the market's price rise trends.

Aside from the price increase, the motorbike remains the same. is giving a payback of 3,500 to clients who have an SBI credit card and wish to purchase a Honda Shine. The deal is valid until June 30, 2021, and is only available if the buyer chooses the EMI option. The decision was made to prioritize the safety and well-being of the company's customers and colleagues, according to a statement from HMSI.

You may like to read: TVS ANNOUNCES OFFERS FOR ITS APACHE SERIES BIKES FOR JUNE 2021

In terms of appearance, the Shine BS6 has slight design changes that make it appear sharper than previously. This includes a slimmer headlight cowl, chrome accents on the lamp visor, side panels, and also fresh graphics.

The Honda CB Shine has greater torque and accelerates faster because of its five-speed gear. Honda's best-selling motorbike receives a strong suspension configuration with red shock absorbers. The lumbar support is provided by the angled plush seat. The two steel handles with adequate grips let the passenger maintain an erect posture. Handling & Performance of the Honda CB Shine SP Two rearview mirrors provide a greater view of oncoming vehicles, boosting safety. When both wheels' disc brakes are used, the bike comes to a near-instant halt.

Low-resistance tubeless tires are put on the back wheel, which is supposed to decrease energy loss while maintaining an excellent grip. Among the requirements are an updated two-way engine control switch, an integrated headlight beam, a passing switch, redesigned graphics, and an updated instrument cluster design.

The BS6 upgrade included in the honda shine 125 BS6. It comes in four different colors:

The Honda Shine 125 resembles its ancestor, the Honda CB Shine 125. Honda intends to maintain the Shine motorcycle's familiarity. It does lack current features such as an LED headlamp and a full computerized panel. The commuter now has a handful of segment-first innovations, such as an ACG starting motor that provides exceptionally silent, practically noiseless starts and a start/stop control. 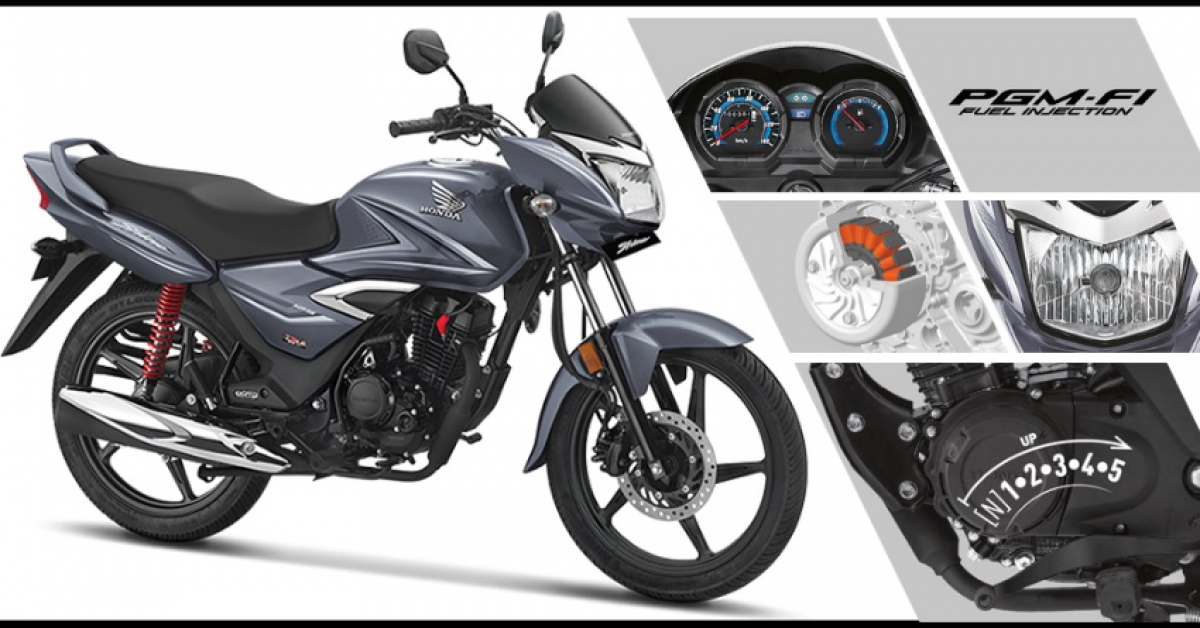 The instrumentation panel is rather simple, with a twin-pod cluster displaying just the most basic information like speed, odometer, and fuel gauge. The Shine BS6 now receives an engine stop switch, which was previously unavailable on the Honda CB Shine.

According to ARAI, the Honda Shine 125 should get approximately 65kmpl. However, in practice, you should anticipate getting approximately 50kmpl to 55kmpl. The mileage is also affected by the passenger's riding behavior, the fitness of the bike, and other factors.

The Shine is propelled by a BS6-compliant 125cc fuel-injected engine. Honda says that it is now 14% higher fuel effective than before. It's been adjusted to generate 10.7PS @ 7500rpm as well as 11Nm @ 6000rpm when paired with a new 5-speed gearbox. This engine has Honda's ACG (alternator current generator) quiet starting as well as a 5-speed transmission.

Related Article: HOW TO GET LOAN FOR SUZUKI GSX S125, ELIGIBILITY & EMI CALCULATOR

Though the hardware of the Shine remains similar, the wheelbase has been expanded by 19mm (1285mm). Furthermore, with 162mm of ground clearance (5mm greater), the bike has more leeway to clear tall speed barriers. The improvements in size should enhance the bike's overall stability.

The Honda CB Shine isn't going to turn heads, but it's a sensible and utilitarian design. The commuter's measurements are as follows: 2,046mm in the length, 737mm in the width, and 1,116mm in total height. The bike features a 162mm ground clearance and a 10.5-liter petrol tank. The kerb weight of the Honda Shine 125 BS6 is 114kgs. 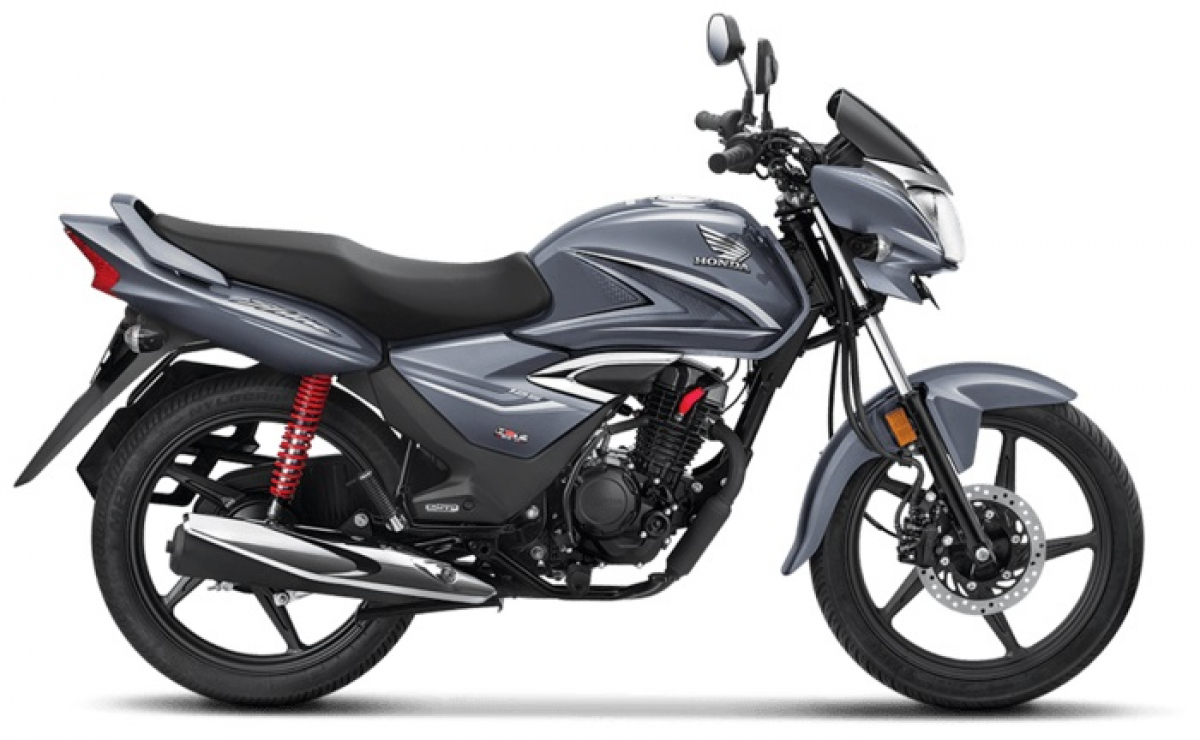 The Shine 125 shares the same diamond chassis and suspension systems as the earlier model, including a telescopic fork and dual preload-adjustable shocks. For the front, you can choose between a 240mm disc and a 130mm drum brake, while a 130mm drum unit and CBS are standard on both trims. Furthermore, the 18-inch wheels are outfitted with 80/100-18 section tires on both ends.

The Honda Shine 125 competes with the Bajaj Pulsar NS 125 and Hero Super Splendor.


6. Honda Shine 125 BS6 Price Hiked without Any Changes in Bike